For RELC test center, please bring along a VALID PASSPORT for identification purpose. NO other form of IDs are allowed.

PTE-Academic is endorsed by the Graduate Management Admission Council. Amongst other universities, London Business School in the UK, Harvard Business School, Stanford Graduate School of Business, and Yale University in the USA accept PTE-Academic scores. Other institutions in other countries, including Spain, France, Canada and China, have also signed up to accept PTE- Academic. These include leading business schools such as INSEAD and HEC Paris in France, IESE, IE Business School and ESADE in Spain, George Brown College and Sheridan Collegein Canada and SDA Bocconi in Italy. In addition to the business schools, there are also a number of arts and music colleges who accept the exam's scores.

PTE-Academic is also approved for all Australia's and New Zealand's visa and immigration applications .

It is a computer-based exam which focuses on real-life English used in academic surroundings. This is to say that integrated language is used throughout the test and students will listen to a variety of accents and academic language which they will encounter at English-speaking higher education institutions.

The exam will include an unmarked voice recording of the candidate, which is part of advanced biometric data that should assist institutions in verifying the identity of candidates and should aid them with their admission decisions. The test will be a maximum of 3 hours long and takers can expect their results to be delivered to them, online, within 5 working days.

Test scores are reported on the Global Scale of English, a standardized, numeric scale from 10 to 90 which can measure English language proficiency more precisely with reference to the widely known set of levels distinguished in the Common European Framework of Reference for Languages, or CEFR. 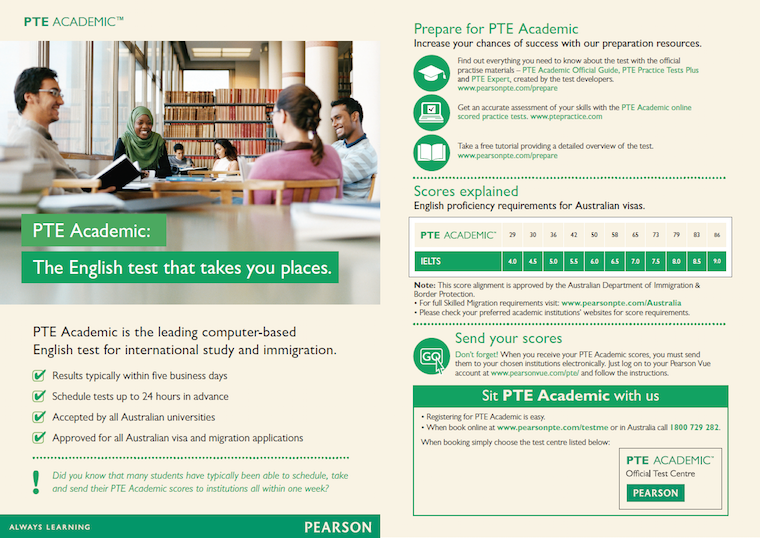 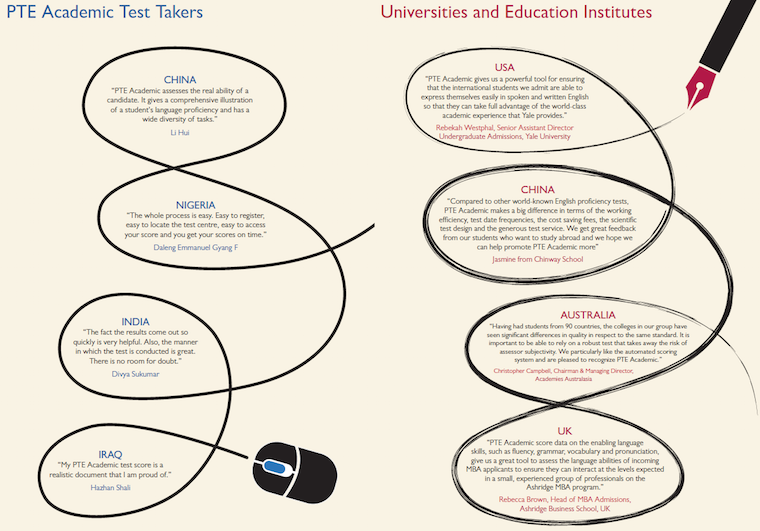 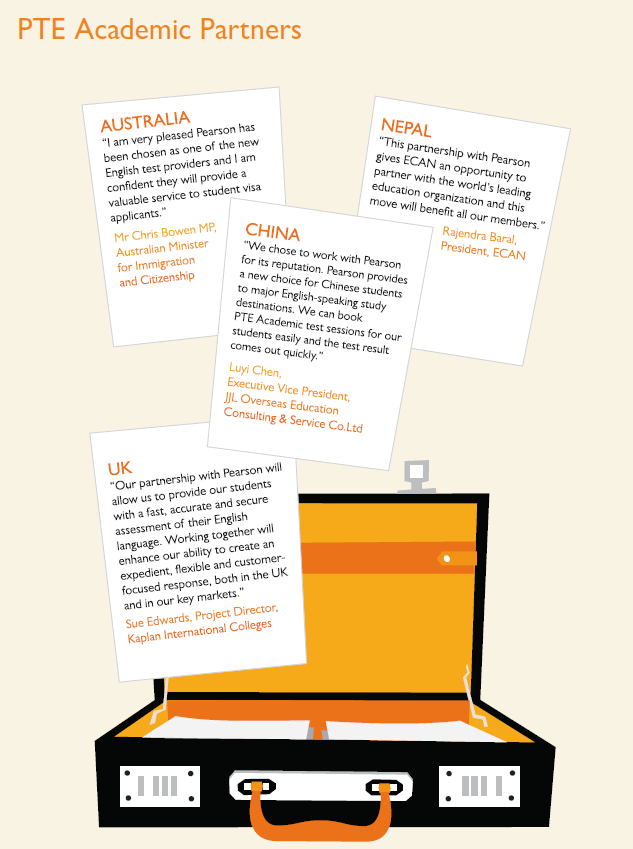 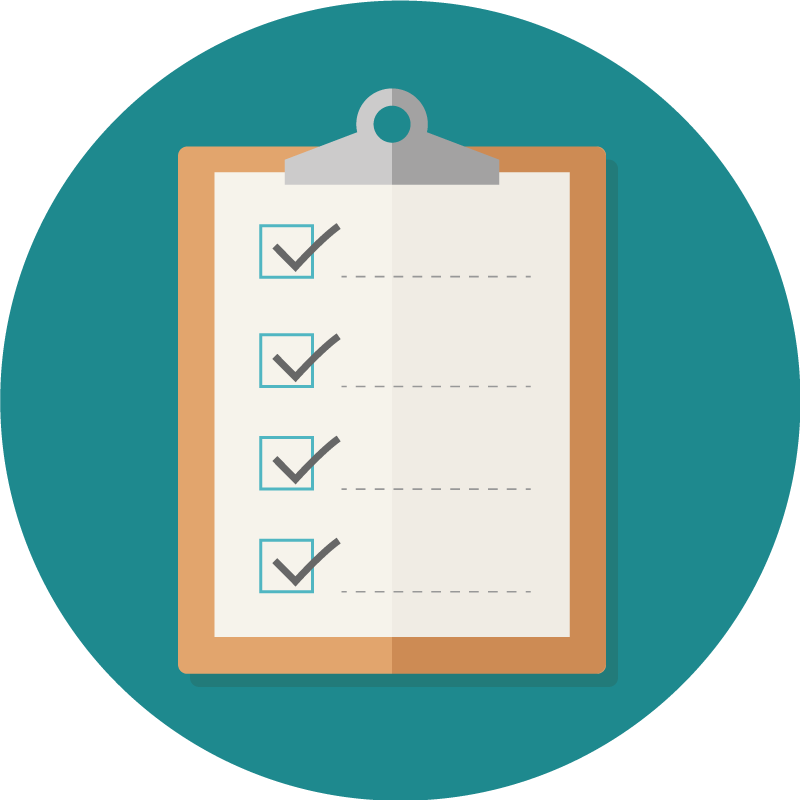